From Gujarat, we are now going the the state of Haryana. This state came into existence on November 1st 1966.It was earlier apart of Punjab.

There are several theories on how this state got the name. One is that it could me - The Lord's abode [Hari - Lord Vishnu, Ayana - abode].The other one is that it comes from the terms Hari - green, Aranya- forest. One more theory suggests that it was derived from the Great Genetal of Samrat Pritviraj Chauhan - Great Rana HarRaj. His descendants occupied the region and they were the largest and most powerful occupants of the present day Haryana.

In the ancient times, Haryana is said to be the outermost location of the Indus Valley civilization.

Now, coming to the important part - the cuisine.It is said to be invariably like the people of Haryana- simple ,robust and with a strong connection to the land!

Haryana is called the 'Land of Roti' and in the the Mahabarata, this land was mentioned as the 'Land of immense wealth' and 'Land of abundance of grains'.

Harayana is known for its cattle wealth and hence there is an abundance of Milk and milk products.It is primarily a vegetarian cuisne.Vegetables occupy an important place in the cuisine

In the rural areas, it two meals a day schedule. Mid morning roti with some side dishes and green chilies and a dinner of kichdi or other dishes and a large round of drinks follow[for the men, of course].

Though, this state is known for its Roti's, I have prepared a  kichdi, a one pot meal that is tasty and filling.... 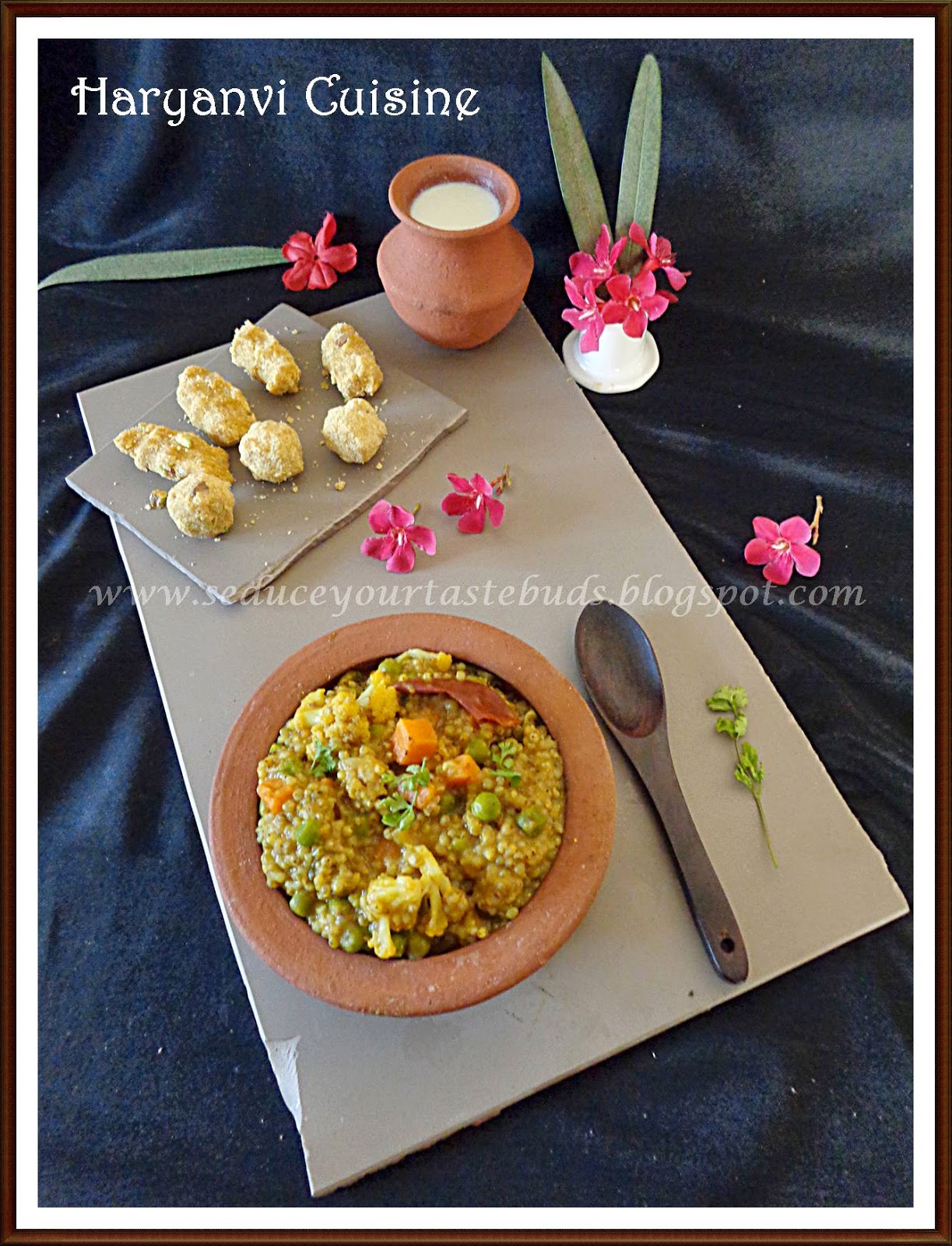 Since Bajra is a predominant cereal used in Haryana, I wanted to make something with it. Bajre ki Roti is already in my blog, so I went on to this kichdi.

I saw a lot of recipes for this dish.Some use whole bajra, others had grits.Similarly in some recipes, whole moong was used and in other split moong was used.

So I went ahead and made this bajra kichdi that has bajra, split moong and veggies to make it something like a one pot meal.

The first person to taste this dish was MIL. She was more interested in it as she felt it was good for diabetes. She said it had the right consistency and taste.Now, that is something , right! I of course ate the rest of it as hubby was down with a severe throat infection and the kids did not come  near it thinking it was not their food for the day!

The taste was actually good and it was really filling.What you see in the pic was the total quantity of the dish I made.MIL and me shared it and finished our meal with a cup of buttermilk. 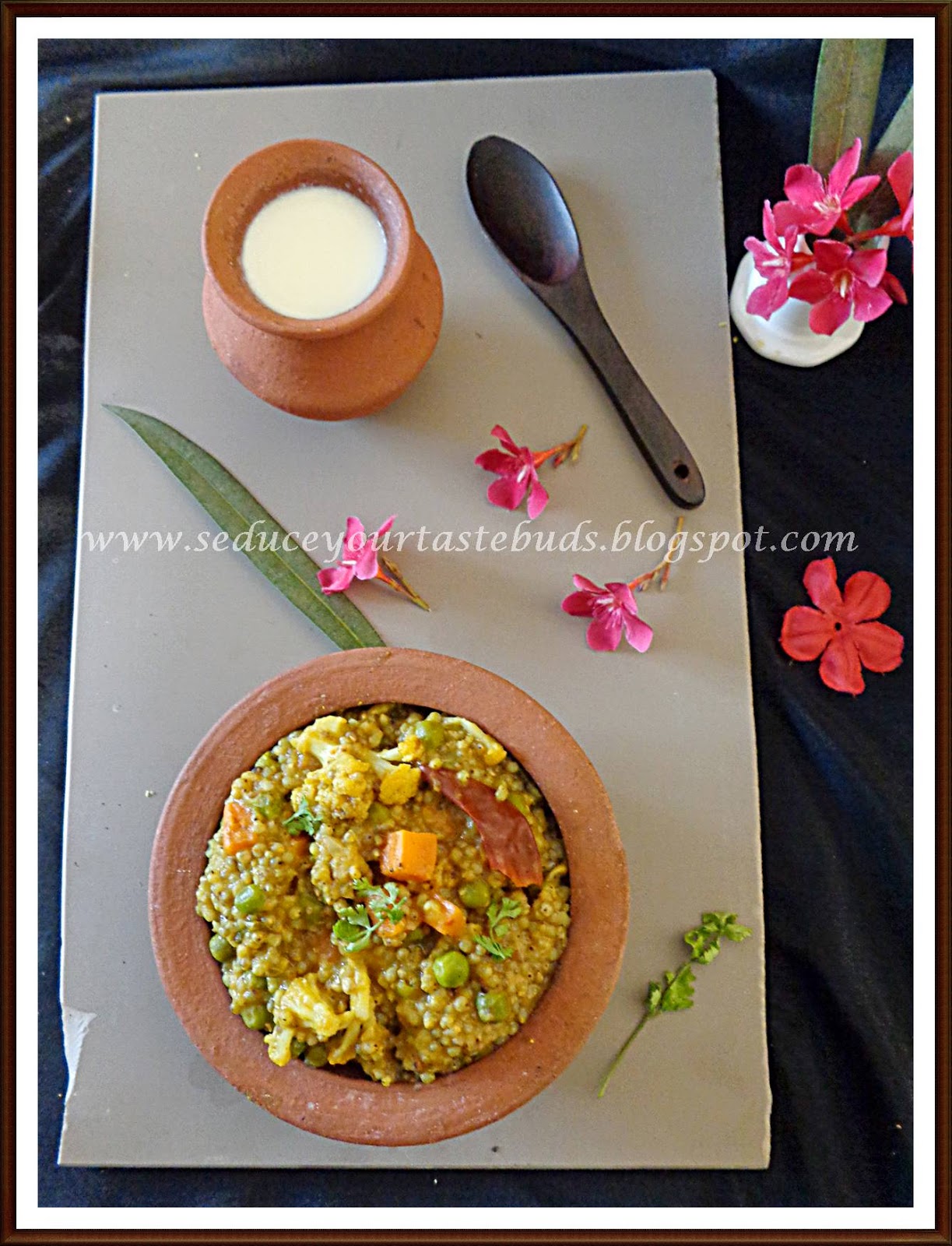 India is said to be the largest producer of Pearl Millet and dates back to 2000 BC!This crop is well adapted to grow in harsh climates and conditions like drought, infertile soil and high temperature.

Pearl millet is often considered poor man's food but when we see the nutritive value of this millet ,it is really astounding!

It is a good source of energy and very are very helpful nutrition wise for children and pregnant women.It is also rich in protein , vitamins and minerals.

It has more calories than wheat which maybe because of its higher oil content.It is rich in B Vitamins,Potassium, Iron , Zinc, Copper, Phosphorus, Magnesium and Manganese.

It is a Gluten free grain.

Pearl millet can be cooked as rice and yields three times its dry volume on cooking.It can also be used to make porridges. The flour is used to prepare biscuit , bread, cookies, muffins, etc and it gives a very crunchy texture to the baked products.

Soak the bajra for an hour and moong dal for 15 minutes. This helps them to cook faster. 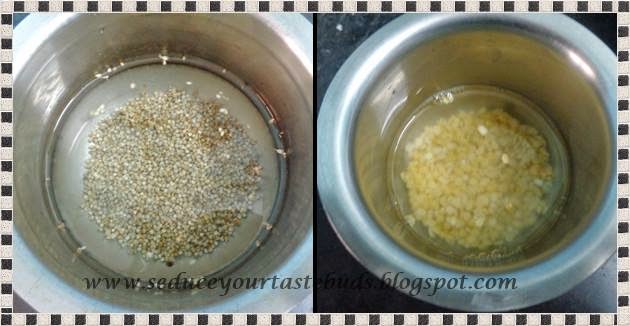 Heat oil in a pressure cooker and add the cumin seeds. When it crackles, add the onions and saute till light brown. Then drain the water from the bajra and moong and add only the grains. Saute for a minute. 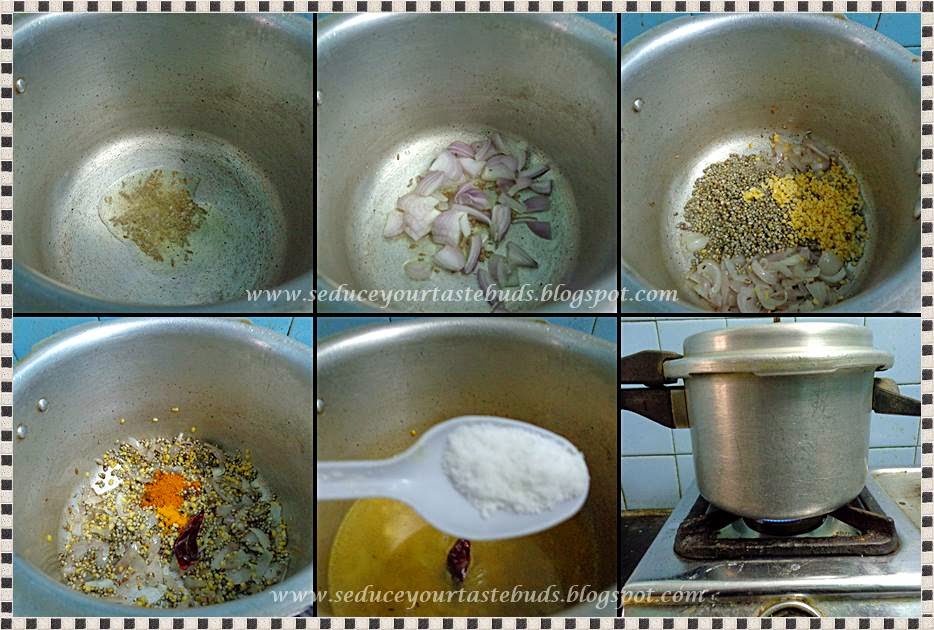 Meanwhile, heat a little oil in a pan and add the chopped vegetables. Add salt, turmeric powder and 1/2 teaspoon chili powder.Sprinkle a little water, mix well and cover and cook till the vegetables are almost cooked. Remove from heat and keep aside. 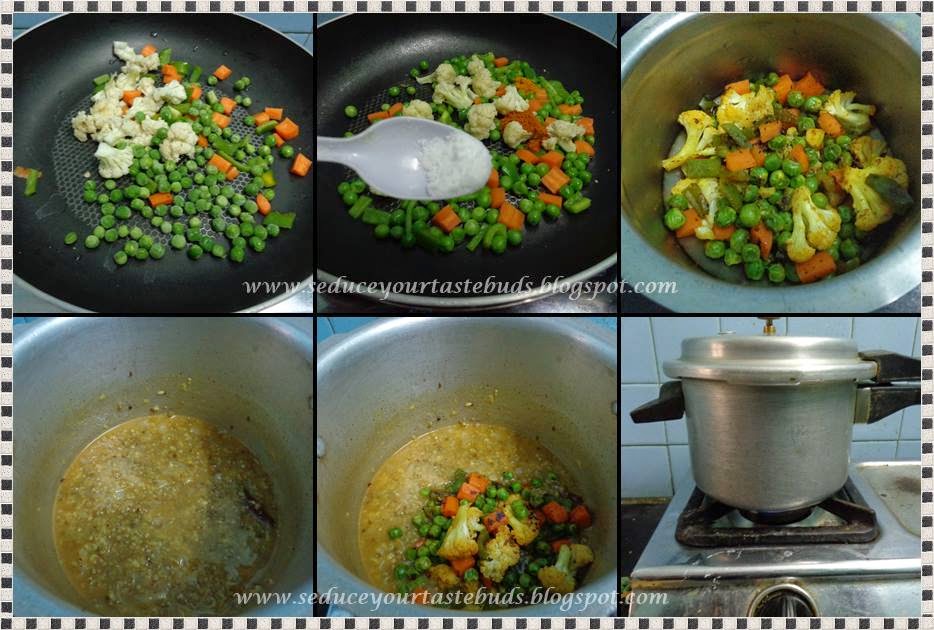 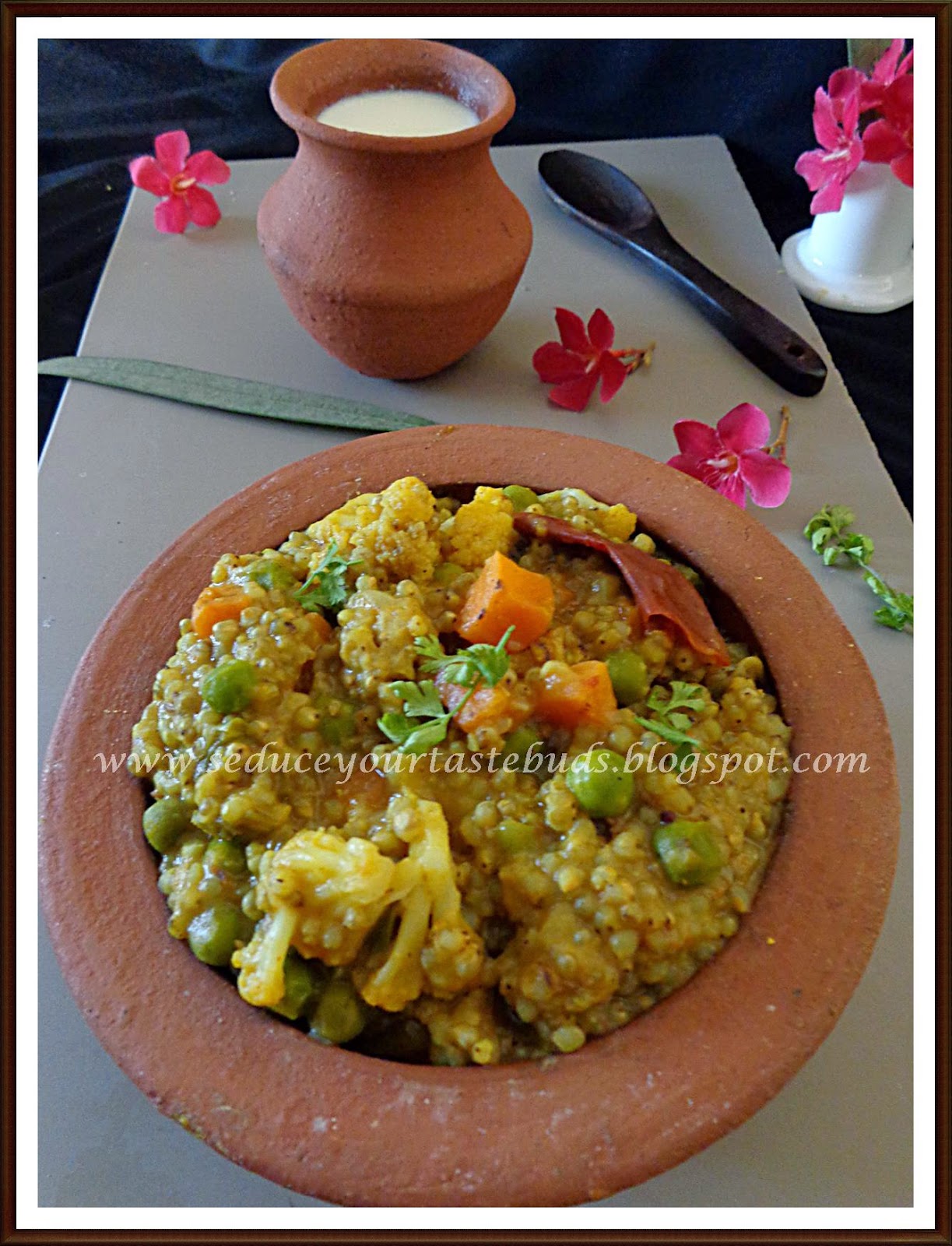 The next dish is a dessert. As I have already mentioned, the people of this state, are very fond of sweets and included it as a part of their meal. This one that I am posting today is a very simple one and gets done in minutes.

I took this recipe from Asha's blog and she says that these desserts are shaped like our fists which is the authentic way to make it. I have laso made a few in the shape of ladoos. 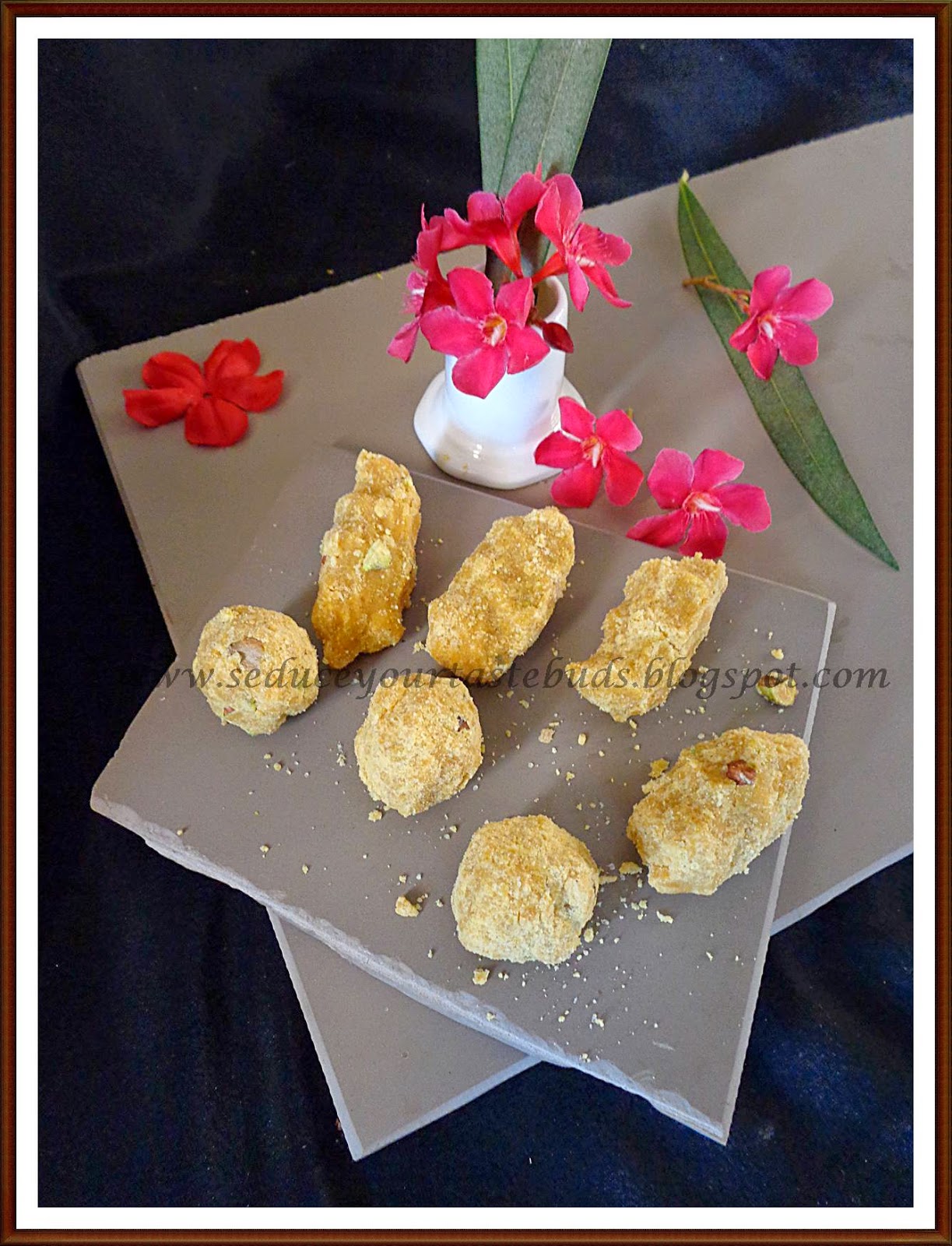 Sieve the besan and keep aside.Heat ghee in a pan and when it melts, add the sieved besan and roast it on low flame till the raw flavor goes off and the color changes a bit.

Add the powdered sugar, cardamom powder and nuts and mix well and continue roasting for 5 minutes. Remove from heat and transfer into a bowl.

When it is cool enough to handle, add a little milk,maybe a teaspoon at a time and mix well. First add one teaspoon and mix. Take some besan mixture in your palm and squeeze it between your fingers. If it holds shape, don't add more milk. Shape the pinni's as mentioned above and keep aside. After a few minutes, they will harden a bit an retain their shape and the color will also change a bit. 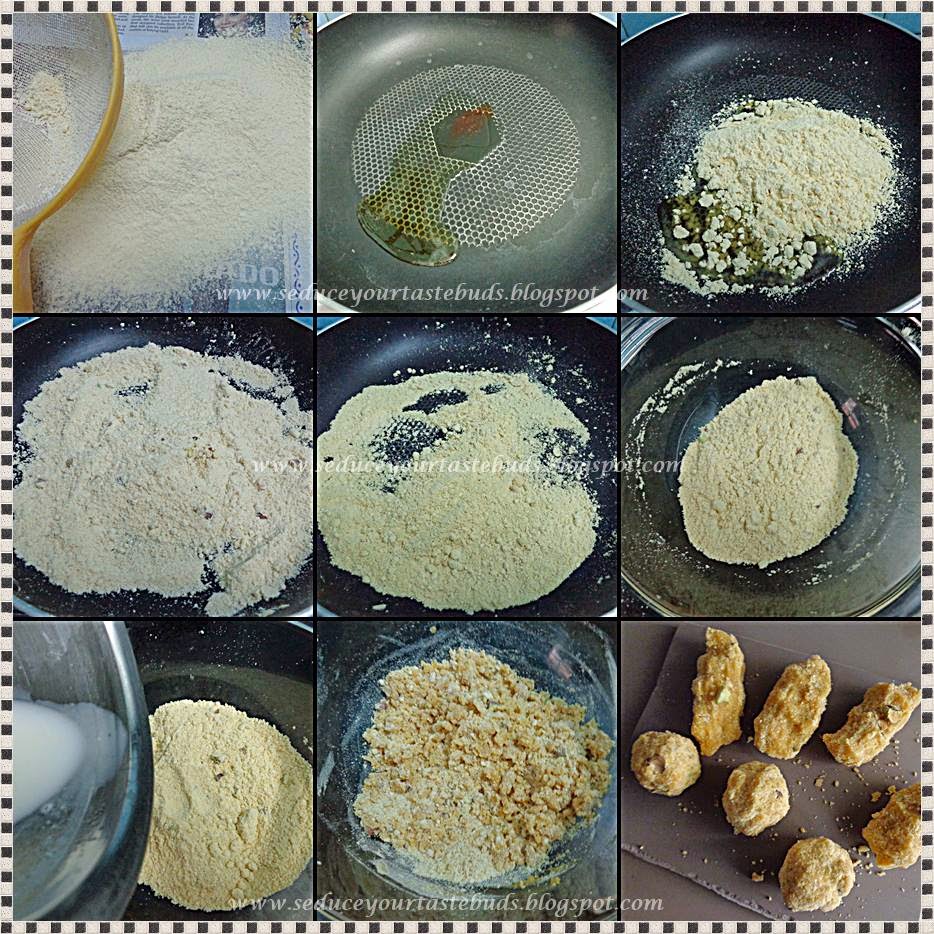 Pinni is ready to be enjoyed... 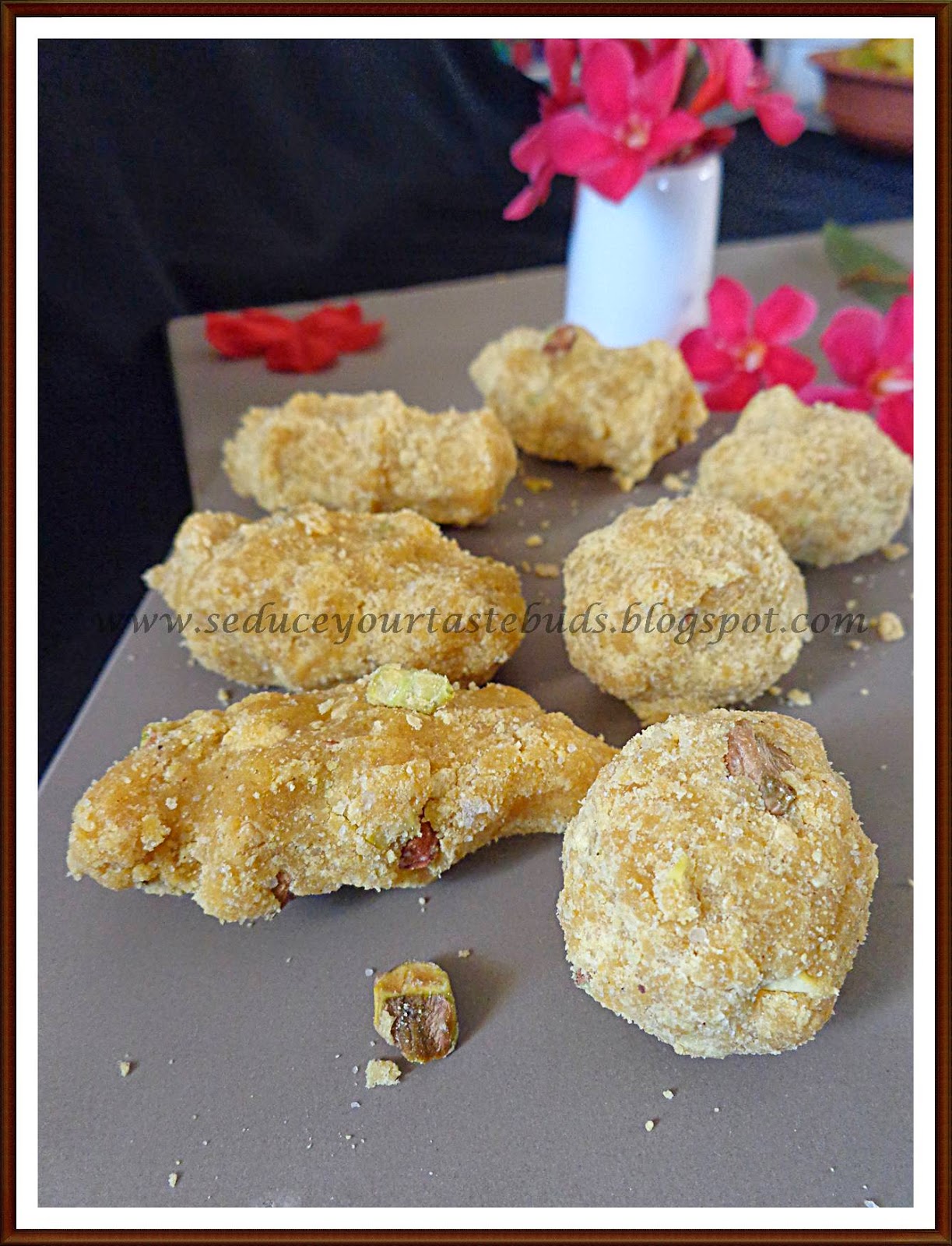 The people of Haryana love lassi and with the abundance of cattle and milk products, they never miss a chance to have freshly churned buttermilk. 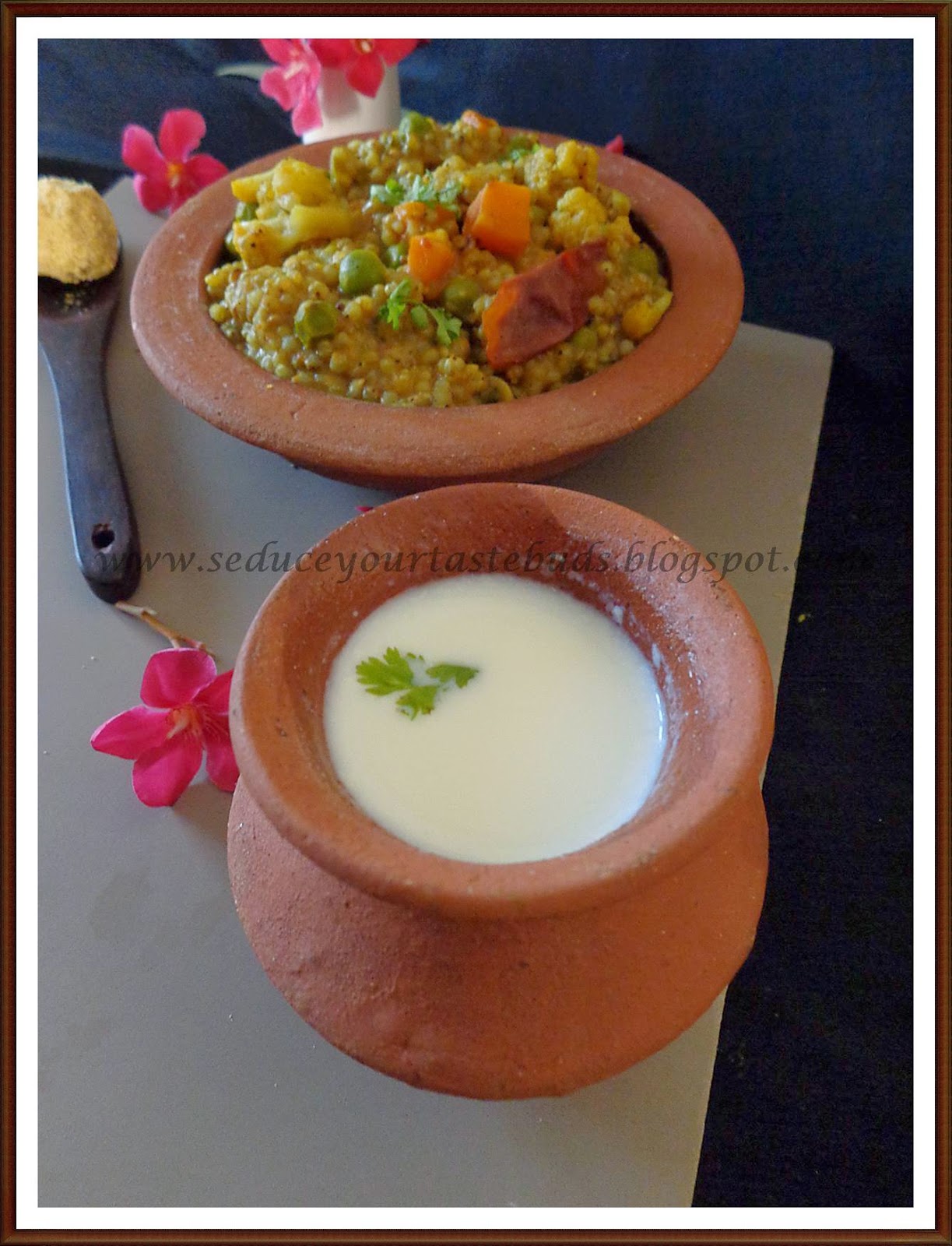