Unlike the Magic Porridge Pot , the story of Little Red Riding Hood is quite popular. This story is one of those that Lil Angel loves to hear over and over again.

I told her this story for the first time before she joined kinder garden. I had mixed feelings when she was about to start schooling. I was worried, terrified, happy! I wanted to understand the 'strange- danger' situation and wanted to tell her in a fun way where she would understand and yet not be terrified. A story seemed to do the job and that was Little Red Riding Hood.

After the first time, when the story is repeated and the part where the lil girl talks to the wolf in spite of her mom's warning not to talk to strangers,Lil Angel will say ,'Little Red Riding Hood should have listened to her mom,she should not have told everything to the Big Bad Wolf'.

So stories are in a way a better method to teach kids about safety and other stuffs too...

For the second day Blogging Marathon #23,with the theme 'Cooking From Kid's Story Book', here is a vanilla cake from that book.... 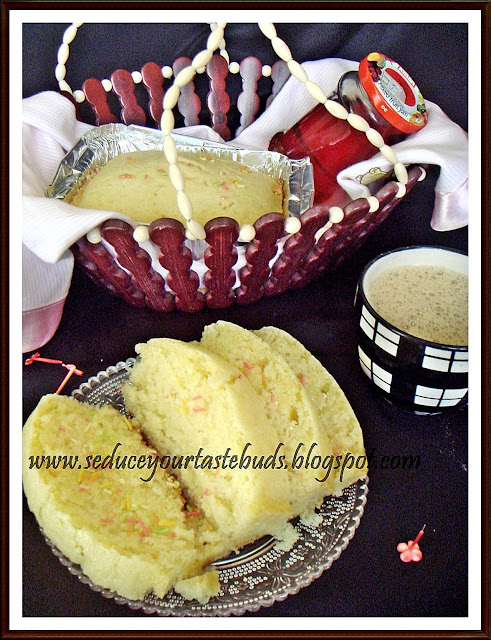 There are many versions of this story and here is the gist from the book that I read out to Lil Angel.... 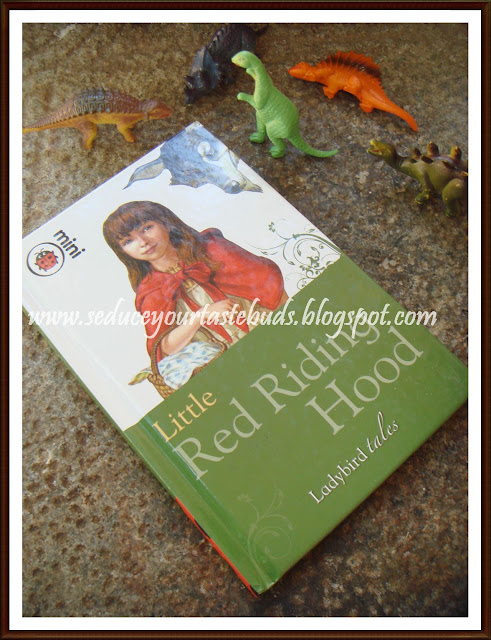 Once upon a time there lived a little girl near the Forest.She wore a red cloak while she went out and hence everyone called her Little Red Riding Hood.

But when she reached the forest, she forgot her promise and stopped to look at the beautiful flowers and butterflies .A wolf emerged from the shadows and befriended Little Red Riding Hood. She told the wolf about her grandma and showed him the path leading to the house. The wolf ran away and Little Red Riding Hood continued her journey.

Finally Little Red Riding Hood passes on the cake and juice that her mother had sent and all are happy and relieved to be alive and well..... 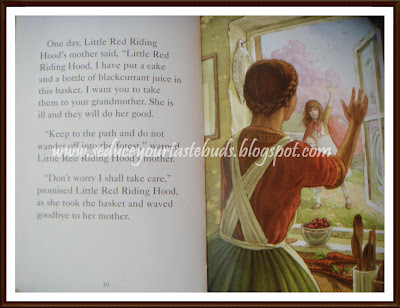 So here is the basket of cake and juice that Little Red Riding Hood's mother sent across.... 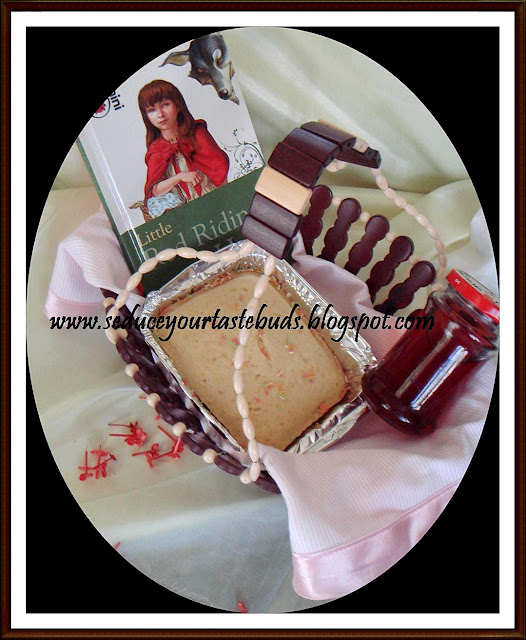 For the cake I followed Padhu's recipe.... 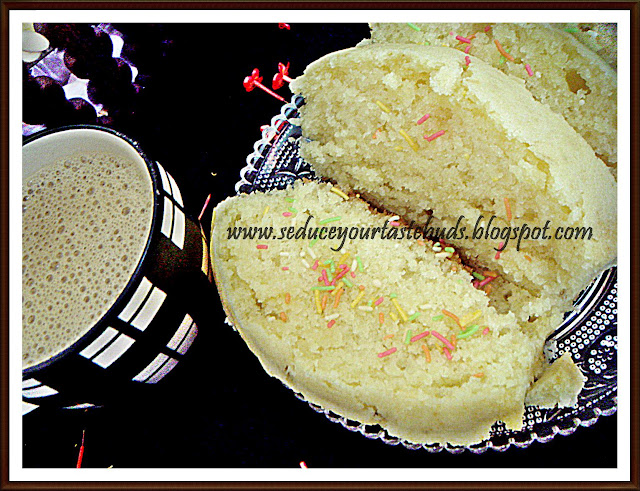